« My greatest weakness
STARBUCK IN STARBUCKS »

(Cross-posted from the Google Mobile Blog)

Back in August 2008, we launched a Google Translate HTML5 web app for iPhone users. Today, the official Google Translate for iPhone app is available for download from the App Store. The new app has all of the features of the web app, plus some significant new additions designed to improve your overall translation experience.

Speak to translate
The new app accepts voice input for 15 languages, and—just like the web app—you can translate a word or phrase into one of more than 50 languages. For voice input, just press the microphone icon next to the text box and say what you want to translate. 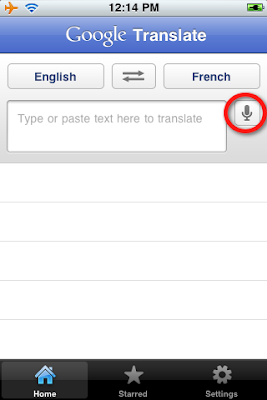 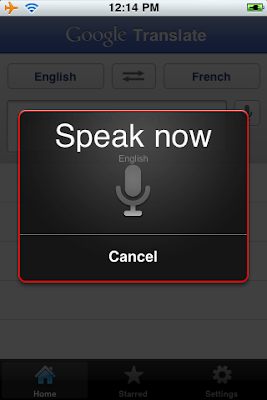 Listen to your translations

You can also listen to your translations spoken out loud in one of 23 different languages. This feature uses the same new speech synthesizer voices as the desktop version of Google Translate we introduced last month. 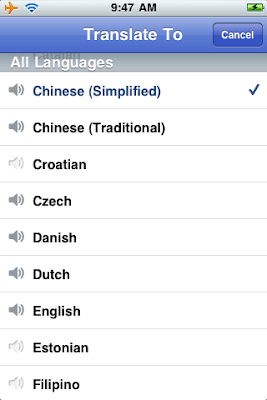 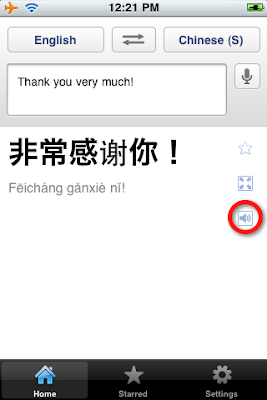 Full-screen mode
Another feature that might come in handy is the ability to easily enlarge the translated text to full-screen size. This way, it’s much easier to read the text on the screen, or show the translation to the person you are communicating with. Just tap on the zoom icon to quickly zoom in. 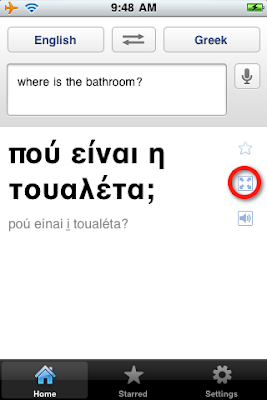 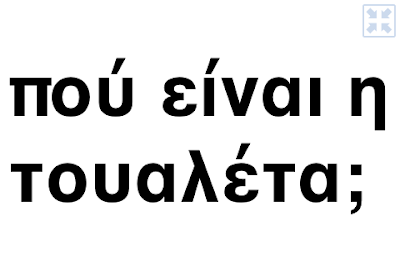 And the app also includes all of the major features of the web app, including the ability to view dictionary results for single words, access your starred translations and translation history even when offline, and support romanized text like Pinyin and Romaji.

You can download Google Translate now from the App Store globally. The app is available in all iOS supported languages, but you’ll need an iPhone or iPod touch iOS version 3 or later.

This entry was posted by (author unknown) on 2011-02-09 at 16:40, and is filed under Uncategorized. Follow any responses to this post through RSS 2.0. You can skip to the end and leave a response. Pinging is currently not allowed.